A desperate desire for sporting action has seen the annual SPAR Madibaz Netball Tournament attract a bumper entry of 84 teams in Gqeberha this weekend.

The matches will be played at Nelson Mandela University South Campus on Saturday and Sunday as the competition takes place for the first time since 2020.

Madibaz Sport netball manager Melinda Goosen felt a hunger to return to the courts after two years of disruptions played a significant role in the popularity of the tournament.

“After a record entry of 85 teams in 2020, the whole space around sport became very difficult due to the effects of the pandemic,” she said. 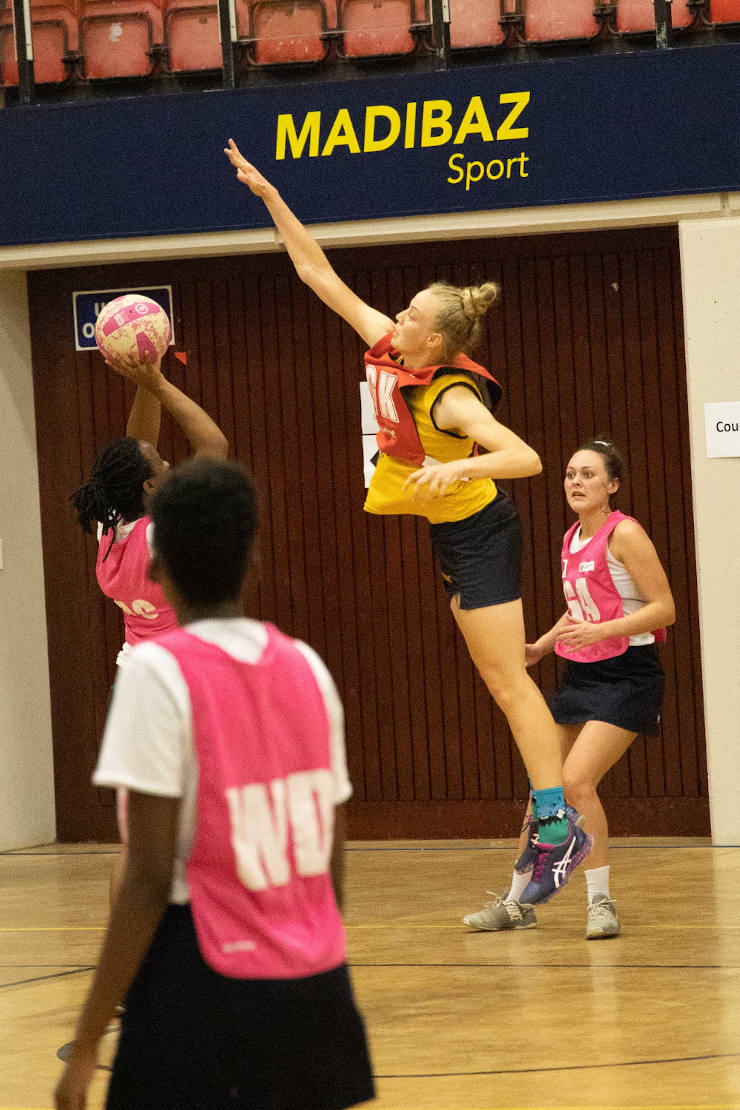 SPAR Madibaz netball star Jeanie Steyn will be one of the team’s key players in the SPAR Madibaz Netball Tournament at Nelson Mandela University South Campus this weekend. Photo: Supplied

“As such, people are so hungry for sport and cannot wait to get out there to be back among their peers, participating and doing the sport they love.”

Goosen added that a second reason for the tournament being so well received was its status as an important pipe-opener to the season.

“The competition we provide has seen it become a well-supported event across the Eastern Cape and the greater South Africa among club teams.

“Besides the local entries, the out-of-town clubs love coming to Gqeberha to participate in the tournament.”

She said it created the perfect opportunity for coaches to go through the process of finalising their teams for the upcoming season.

“You could say it is similar to the final trials for many teams as it is a great way to gauge your players against different opponents and to understand what areas to work on going into the season.

“Players and coaches have all been waiting patiently in the wings for the opportunity to get back on court. There were a few competitions last year, but more at elite level and not necessarily catering for all levels of play – this tournament will cater for all.”

Goosen said a huge amount of work had gone into running a tournament of this magnitude, none of which would have been possible “without the support of SPAR, our awesome Madibaz Netball Club sponsors”.

“They have been so loyal to us over many years and as this tournament has grown into the success it is, so has the partnership between Madibaz Netball and SPAR Eastern Cape become more formidable.”

Goosen said the standard of competition would be elevated by the presence of clubs from the Western Cape, Mpumalanga and North-West University in Potchefstroom, which is sending five teams.

“I expect that NWU Pukke and Madibaz will battle it out in the A section this year as the teams compete in five women’s divisions and one men’s section.”

Goosen said an exciting addition would be a high-performance coaching clinic hosted by the club on Monday at the Madibaz Indoor Centre.

“This course will be led by our head coach and Sascoc-qualified master coach Lana Krige,” she said.

“Coaches attending will be exposed to all the new training techniques and skills that Madibaz players have mastered over the past couple of years.

“The day will end with a friendly match between the Madibaz elite squad and the NWU Varsity Netball team, where coaches will be able to learn first-hand from live coaching in a match situation.”