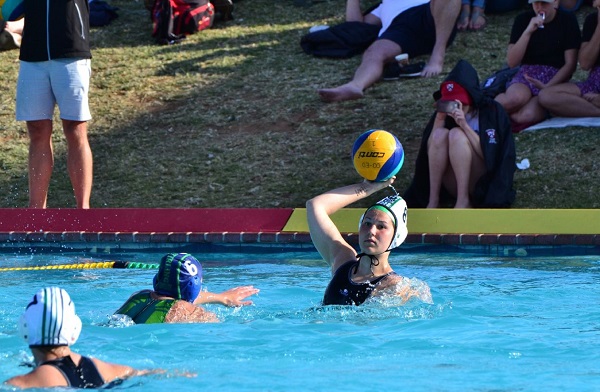 The 19-year-old was one of several Nelson Mandela University student-athletes recognised for their achievements at the function in Port Elizabeth.

Mcleavy said she felt the reward was recognition for the many hours of training she had put into the sport.

“In addition, input from several coaches and support from my family and friends have played a big role in my development,” said the second-year BSc student.

She added that she focused on extra fitness training to try to excel in the sport.

Having attended St Dominic’s Priory junior school, she was introduced to the sport by friends.

“We used to mess around in my friend’s pool with her dad teaching us some moves and then I joined a junior club run by Kate Mather, where we learnt the basics.

“When we moved to Summerstrand and I started high school at Pearson I was blessed to have some phenomenal coaches in Karla Newton, Delaine Christian and Luke Manthe.

Mcleavy said Manthe, her first-team coach, added a new dimension, while she continued her development at Madibaz under Jono Watkins.

“Between Jono and Luke I have had an enormous amount of support, which has helped me in my career.”

Having turned out for EP representative teams from the U13 age-group, she has also represented national teams at the U21 and U25 levels. For the national U25 squad, Mcleavy competed in the European Union Nations tournament in the Czech Republic last year.

She added that balancing her sporting commitments with an academic career was always difficult.

“My degree must definitely come first, but I have always been encouraged by my coach [Watkins] to constantly improve my game and fitness. He backs our team always.”

Other awards at the NMBA function went to: