Madibaz chess prodigy Gerald Wagner is burning the candle on both ends to prepare for battle against the best international players at the World University Championships in September.

The third-year mechatronics student at Nelson Mandela University will form an integral part of the University Sport South Africa team for the tournament in Belgium from September 11 to 17.

He acknowledged that there would be tough challenges in Belgium as he jumped to the next tier of international chess. 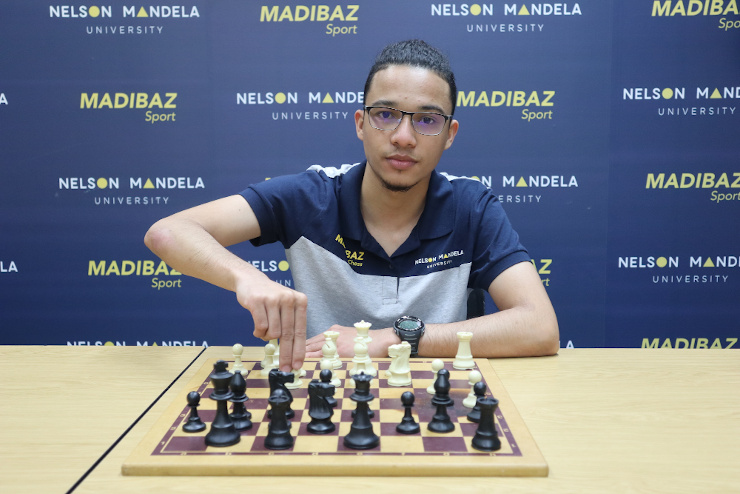 Madibaz chess prodigy Gerald Wagner has been selected for the University Sport South Africa team for the World University Championships in Belgium in September. Photo: Supplied

“Being a world event, I anticipate that the level will be very high,” said the 22-year-old, who inherited his love for the tactical board game from his parents.

“There is a possibility that I might face a grandmaster or an international master at this tournament.”

That meant lots of hard work leading up to and during the tournament to improve his game and to condition himself for international playing conditions, he said.

“So that’s the path I will follow and I am hoping it will put me in good standing for the tournament.”

Wagner grew up in a Salsoneville household in Gqeberha in which his parents often enjoyed a social game of chess.

“That sparked my interest and I started playing competitively at Triomf Primary School in 2012 just before my 12th birthday,” he said, a path that led him to the Eastern Province trials.

He explained that his passion for the ultimate mind game only grew stronger as the years went by and he ranked travelling with the teams and building strong friendships among his fondest memories.

The Alexander Road High School alumnus earned his spot in the USSA team after a string of impressive performances over the last year.

“I represented Nelson Mandela University in an online competition last year to qualify for the USSA Closed tournament, which took place in Potchefstroom in May this year.

“It was my fourth place there that secured my selection for Belgium, where it will be an honour to represent my country, university and family.”