Madibaz cricket coach Lefa Mosena says doing the basics consistently well will be their formula for success for they compete in the University Sport South Africa tournament in Johannesburg next month.

The week takes place at Wits from December 2 to 6 and the Nelson Mandela University outfit are eager to make an impact after ending runners-up two years ago.

Mosena said they were focused on doing the small things properly. 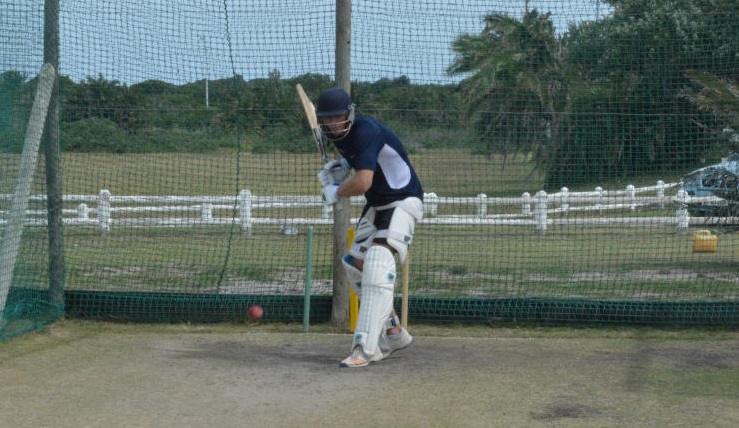 Tristan Stubbs will be aiming to make an impact when he turns out for Madibaz at the University Sport South Africa cricket tournament at Wits in Johannesburg from December 2 to 6. Photo: Brittany Blaauw

“Our main aim will be to do the basics consistently and for longer periods than our opposition,” he said.

“We want to make sure we play to the team’s potential as this will see us get some favourable results.”

The week will see Madibaz playing three round-robin games in their pool, followed by cross pool play-offs and classification matches between the top eight-ranked teams in the A section.

Mosena said they realised there would be challenging ties ahead but that the team were confident as they had prepared well.

“Apart from our weekly sessions in the nets and conditioning at the Madibaz High Performance Centre, our local 50-overs league has been ideal to get us playing competitive cricket against other opposition for our preparation.”

Madibaz Sport cricket manager Sipho Sibande said the tournament provided a platform for some of the team’s younger players to make an impact.

“We are delighted at how the first years have progressed since they started at Madibaz earlier this year and we cannot wait to see them in action against other opposition from around the country,” he said.