The SPAR NMMU Madibaz netball team completed a tumultuous Varsity Netball double header with a tense 52-50 victory over the University of Johannesburg at Rembrandt Hall in Pretoria on Monday night. 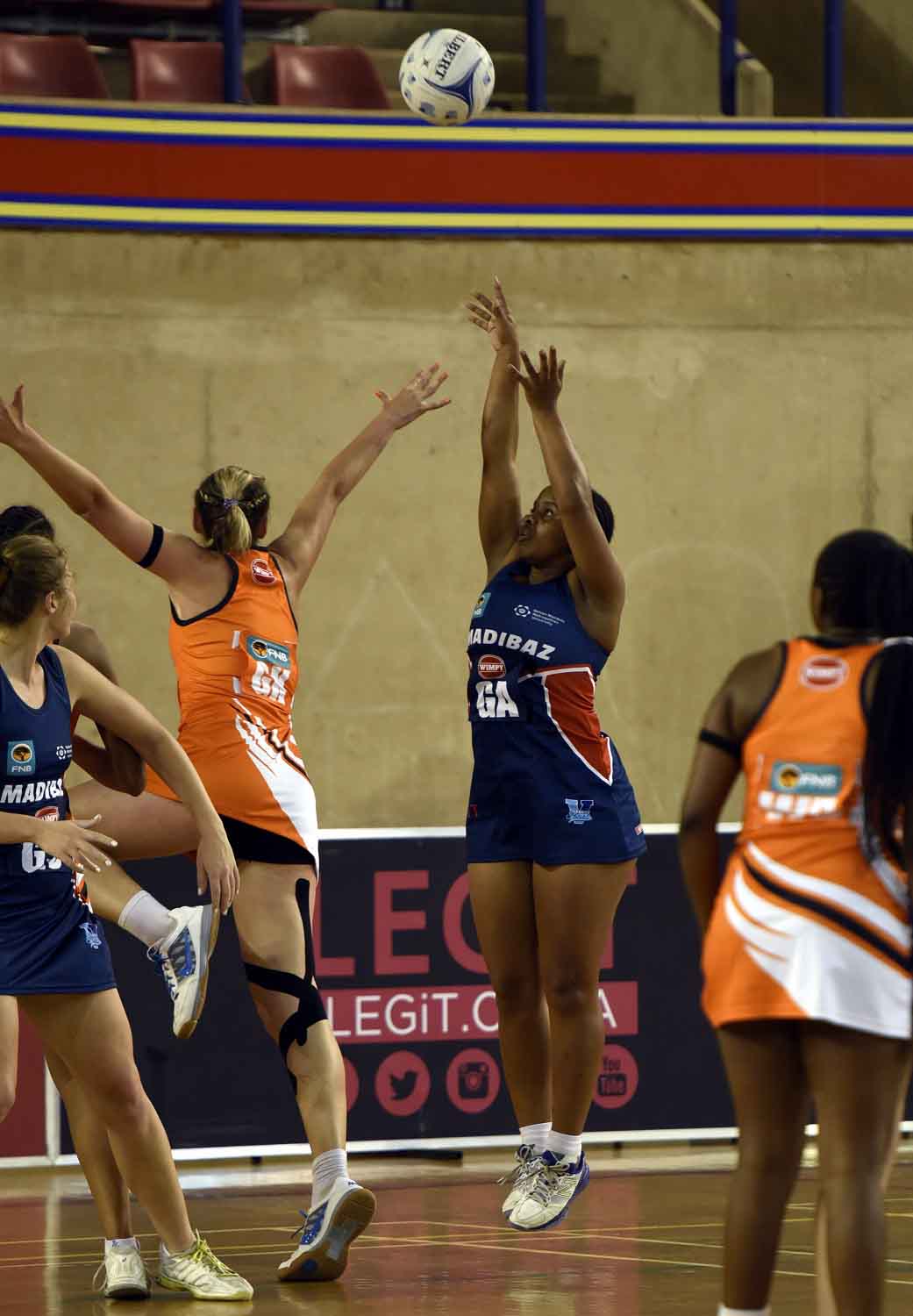 The win followed a 71-31 loss at the hands of defending champs and log leaders Kovsies at the same venue the previous afternoon. The weekend results put the team from Port Elizabeth fourth in the standings after five rounds.

Madibaz head coach and former SPAR Proteas player Dumisani Chauke said Monday’s match had been quite a nail-biter and that the girls had given a strong performance.

“They showed courage and character. The game was for the team who wanted it the most and we showed that we wanted it.

She said the game had played out well, especially taking into consideration that the Madibaz team had gone down twice to UJ at the University Sport South Africa tournament in July.

“We had a game plan, which we tried to stick to, and it worked out well for us in the end.”

Chauke said it was worth mentioning that a Madibaz player had earned the player of the match award in every round of the tournament so far, even those in which their team had lost.

Captain Mione Marais was awarded the honours on Monday, with Hlumisa Sithonga claiming the title on Sunday.

Chauke said the loss to the stronger Kovsies side had not been a debilitating setback.

“The girls had a bit of a slow start and we found ourselves chasing the whole time.

“Once that happens you fall under immense pressure. Every mistake made becomes costly, especially if you cannot sink your own centre pass.”

She added that moving forward the team needed to be disciplined in taking the ball down to their shooting circle.

“We need to stick to the basics of the game and master those first by taking it one centre pass, one quarter and one game at a time.”

The Madibaz will face USSA champs Tuks in their second home game of the season at the Vodacom NMMU Indoor Sport Centre at 7pm on Monday night.

“We need all the support we can get so we ask all our PE fans to come down and join us for a great game of netball,” said Chauke.

Catch all the action on SuperSport.