FNB Madibaz rugby captain Luvo Claassen says they will be out to prove themselves in the Varsity Shield this year after ending on top of the log in 2019.

The Nelson Mandela University team had an unbeaten run in the league phase last season and will be looking to repeat that to have a chance of earning promotion to the Varsity Cup.

The team with the most log points over the 2019 and 2020 Shield tournaments will receive automatic promotion next year. Madibaz are in pole position on 30 points, five ahead of Cape Peninsula University of Technology. 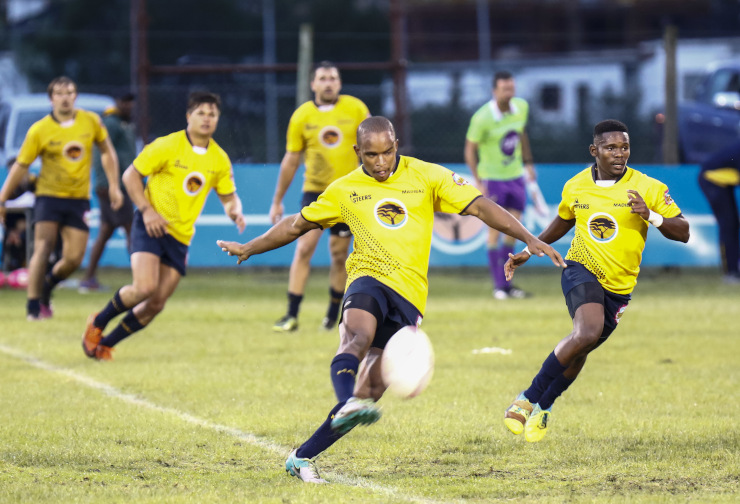 The 24-year-old Claassen said they were determined not to get carried away with their position.

“The plan is to take it one match at a time,” said the Madibaz scrumhalf.

“Every game and every point matters, so we don’t want to get ahead of ourselves. Our goal is just to focus on the first game.”

While promotion remains their top priority, Claassen says they are also aiming to reach the final and “to hopefully win it”, after losing to CPUT in last year’s Shield decider.

The fourth-year BTech construction management student said he was ready for the challenge of leading the team.

“I’m grateful for this opportunity,” he added. “It wasn’t something that was on my mind but I’m honoured to be entrusted by the coaching staff and the team with the responsibility.”

He added that their preparations were on track.

“Our strength and conditioning coach has done a great job in getting our bodies in good condition and the boys are feeling fitter and stronger.

“We’ve also paid attention to the mental side of the game – how to handle pressure and what to do in pressure moments – so that’s helped a great deal.

“Overall it’s been a good pre-season of hard work.”

Madibaz open their campaign against University of KwaZulu-Natal at the Madibaz Stadium on February 14.