Madibaz judo exponent Lwazi Mapitiza won the bronze medal in the 91-100kg division when he competed in the African Judo Championships in Madagascar in December.

The 30-year-old Nelson Mandela University sport management student described his third place finish as the best achievement of his career.

“My goal was to bring back a medal, hopefully a gold medal, but I was still happy to return with the bronze,” said Mapitiza, who lives in New Brighton, Port Elizabeth.

“It was a really special moment and there was a feeling of relief at the end, as well as pride in achieving what I did.” 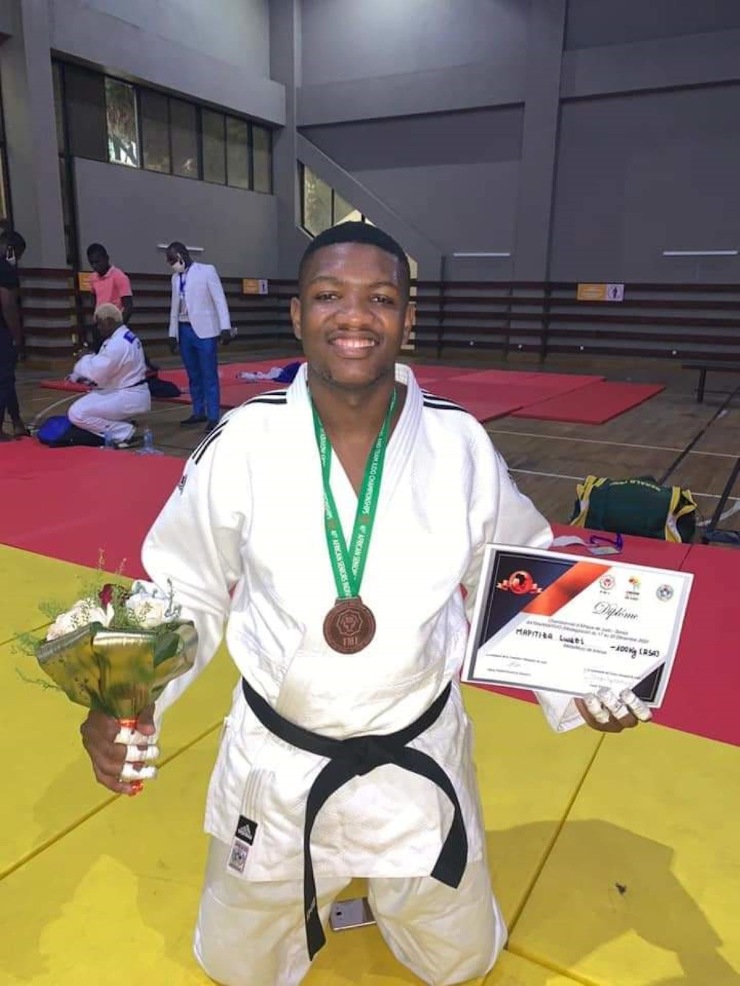 His aim now is to keep working hard at his craft as his success in December has provided strong motivation. He has his path mapped out for this year.

“Firstly, I have set my sights on trying to win a gold medal at the Africa champs, which will be held in April,” he said.

“I would also love to attend at least two international Grand Prix tournaments, which would help me to prepare for the World Student Games in China in August.”

His achievement in Madagascar was made possible, he said, by the support he received from Madibaz Sport.

“They sponsored the whole trip and there were a lot of challenging administrative conditions with which we had to comply.

“But with the help of my manager, Bernard Petersen, and sport director Yoliswa Lumka we managed to make it as smooth as possible.

“I would also like to thank my coach, Mthobeli Vena, for his contribution in so many ways, not least of all for handling all my sponsorship requests.”

Petersen acknowledged the achievement by Mapitiza.

“Lwazi is truly an iconic figure and he has excelled in everything that he has touched,” said the Madibaz Sport judo manager.

“I can honestly say that his late father, Mthunzi Mapitiza, can be very proud of his achievements.

“He delivered a formidable performance at the judo champs and deserves all the accolades coming his way.”