The FNB Madibaz must stay sharp and alert throughout when they take on University of Johannesburg in an FNB Varsity Cup rugby match in Gqeberha on Monday.

This was the opinion of eighth man Siyamthanda Jwacu, who described the UJ outfit as “unpredictable”.

Although the Nelson Mandela University team went down 33-26 after a last-minute try by UCT in Cape Town on Monday, the loose forward insisted their spirits remained high ahead of the UJ match-up.

“They have a really good balance between their forwards and their backs, and they are a tough side to beat if you are not focused for the full 80 minutes,” said the 23-year-old, who scored one of Madibaz’s three tries against UCT. 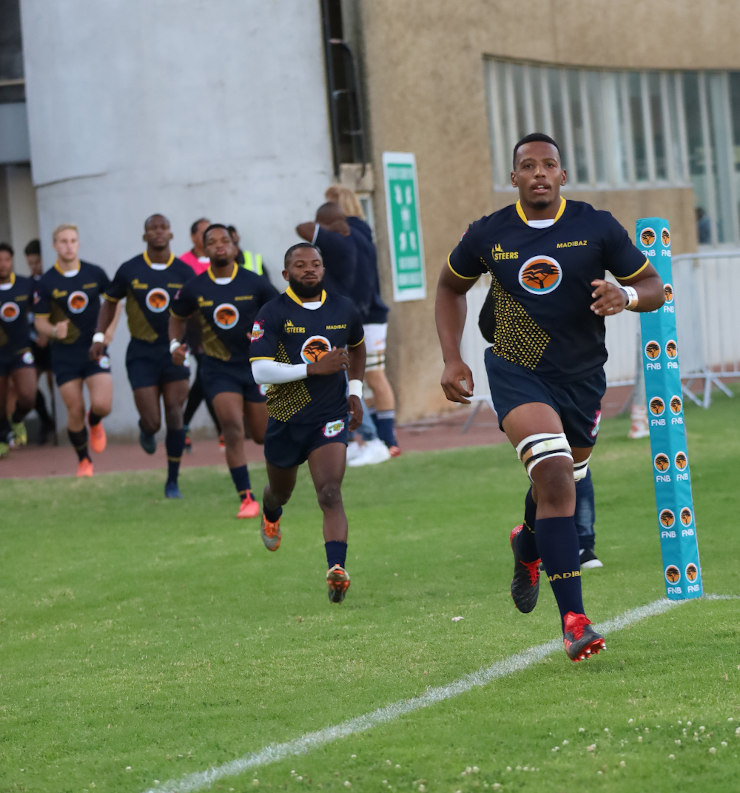 “But one thing about our Madibaz side is that we know we have to fight through until the very end.

“The belief among the players is still strong. We have each other’s backs throughout and it will remain like that until the competition is over.

“We realise too, though, that we need to watch our discipline, be a little more accurate in our gameplan and learn to take our chances when they present themselves.”

Jwacu, a third-year business management student, said it had been a hard game against UCT, a fixture in which they led 19-14 at the break and were level at 26-26 with 10 minutes remaining before conceding the late try.

“All games at this level are tough but we had moments that we missed in that game, especially in the first half,” he said.

“We really put them under pressure but conceded a lot of penalties, which made it difficult in defence, allowing them to grow in confidence.

“Still, I am proud of the effort and fight my teammates brought to the game. The bounce of the ball just didn’t go in our favour.”

Jwacu, who was raised in Mthatha and educated at Queen’s College in Komani, made his Madibaz debut in 2018 for both the Young Guns and senior teams.

The experience he had gained against high-quality opposition was beneficial for his development, he said.

“Varsity Cup is a very intense and fast-paced competition, with free-flowing rugby, which is the sort of brand I really enjoy.

“Being exposed to this type of rugby has seen me grow personally as a player and it’s a great platform to test your skills in all aspects.”

Kick-off against UJ is at 7pm.