Running from Friday to Sunday at the Newton Park pool, the meeting will see 10 varsities and about 140 swimmers competing for top honours.

The Nelson Mandela University squad, headed by talented twins Alard and Alaric Basson, are determined to make an impact over the three days. 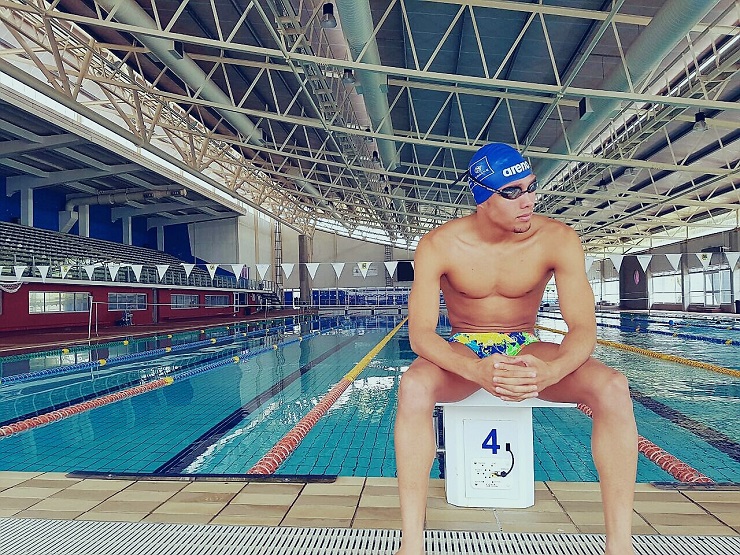 Butterfly specialist Alard Basson will have a big role to play for the Nedbank Madibaz swimming team when they compete in the University Sport South Africa gala at the Newton Park pool in Port Elizabeth from Friday to Sunday. Picture: Supplied

Madibaz Sport Swimming manager Melinda Goosen said they were targeting a place in, at least, the top three.

“We have always been in the top five at the USSA meetings, often fighting for positions from three to five,” she said.

“This year we are looking to achieve at least a top-three spot and possibly the MVP awards for men and women.”

She explained that MVP stood for “most valuable player” and referred to the High Point Awards for the top three swimmers, male and female, who accrued the highest point tallies across six individual events.

Goosen said the squad had been preparing well for the meeting.

“The team recently participated at the SA short-course champs in Durban where Edward Johannisen, Amica and Gareth Vorster all swam personal bests.

“Alard and Alaric medalled in various events in butterfly and breaststroke respectively, so everything is on track.”

Goosen said it was usually a close race between Maties [Stellenbosch] and Tuks [Pretoria] as they often had the biggest teams.

“But the likes of Varsity College are also pushing through the ranks and of course, in our home town, the Madibaz team are really motivated to do well.”