The Madibaz tennis team are geared up for a testing week when they compete in the A section of the University Sport South Africa tournament next month.

The annual event takes place in Stellenbosch from December 2 to 6 and the Nelson Mandela University outfit have moved up to the top-flight after receiving promotion in 2018.

Coach Hennie de Klerk said they realised what lay ahead but were determined to keep a positive mindset.

“We certainly want to win some of our matches, but we also know how difficult it will be against the established tennis varsities of Free State, Potchefstroom, Pretoria and Stellenbosch. 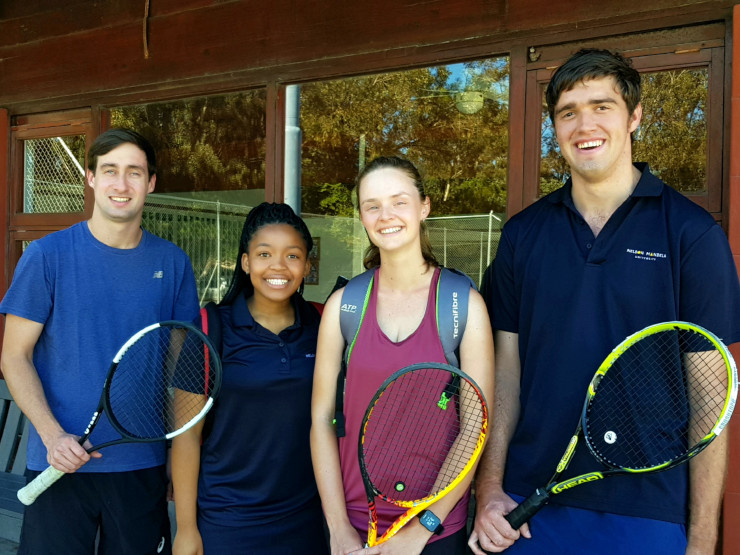 Part of the Madibaz squad which will compete in the University Sport South Africa tennis tournament in Stellenbosch next month are (from the left) Benjamin Nelson, Sisopho Ndlabhu, Danielle Stander and Dewaldt de Waal. Photo: Supplied

“Our approach will be to put in a massive team effort and winning the close matches during the week will be the key to us having some success.”

He added that their fitness and mental conditioning would be important elements during the week.

De Klerk said the Madibaz players competed in the local leagues and also had training sessions at the South Campus courts.

Each tie will be completed by two mixed doubles matches, with the only restriction being that a player may not participate in more than two disciplines.