In a period which Madibaz Sport cricket manager Sipho Sibande said they could look back on with a great deal of pride, Sipamla made his Twenty20 international debut for South Africa against Pakistan in February.

It was part of another successful season for the club as their players excelled at a wide range of levels.

The season also saw the campus league, which was played in April, continue to grow to include a total of 16 teams.

“In addition to Lutho’s selection, former Madibaz player and alumni Anrich Nortje was also called up for the South African team,” said Sibande. “Producing quality players such as these is a feather in the cap for our club.

“Anrich was chosen for the upcoming World Cup squad, but unfortunately had to withdraw through injury.” 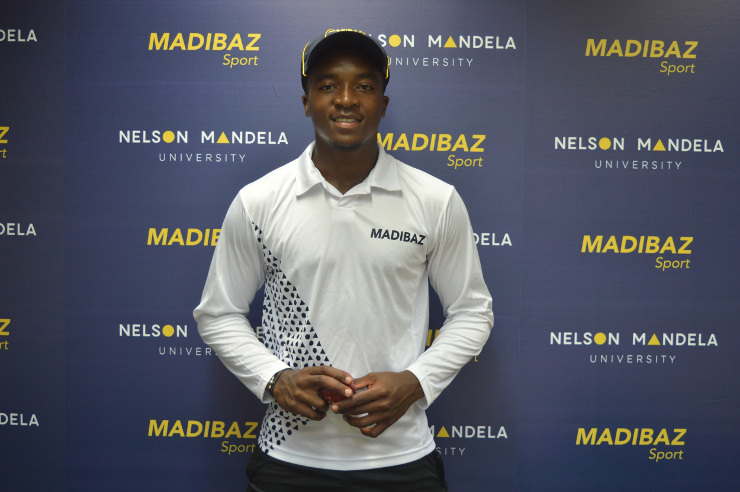 Madibaz Cricket Club player Lutho Sipamla provided one of the highlights of the season when he made his debut for South Africa in February. Photo: Supplied

He added that a number of Madibaz cricketers earned recognition at various representative levels.

Kenan Smith and Joshua van Heerden represented the USSA squad that won the CSA Future Cup held in Kimberley in March, while Tristan Stubbs was selected for the CSA Franchise Academy team for the Franchise Academy week in Oudtshoorn, also in March.

Their premier league success resulted in them defeating Fort Hare University in the franchise qualifier. This earned them the right to play in the CSA Momentum National Club Championship in Pretoria, where they ended fourth out of six teams.

Masterson, the Madibaz captain, was recognised for his performances in the local competition when he was named the premier league batsman of the year at the EP Cricket awards function.

Other awards went to Stubbs (EP U19 player of the year) and Claudine Arendse (technical official of the year).