The SPAR Madibaz Netball Tournament proved to be another big success when it was held over three days for the first time at the south campus in Port Elizabeth this past weekend.

A total of 80 sides competed in the event, culminating in victory for the Nelson Mandela University premier women’s team in the top section.

“It was a great men’s division final played between the top male team in Nelson Mandela Bay [Phoenix] and a Johannesburg-based outfit [JCNC].”

In addition, she said, the Madibaz teams received excellent preparation for the season. 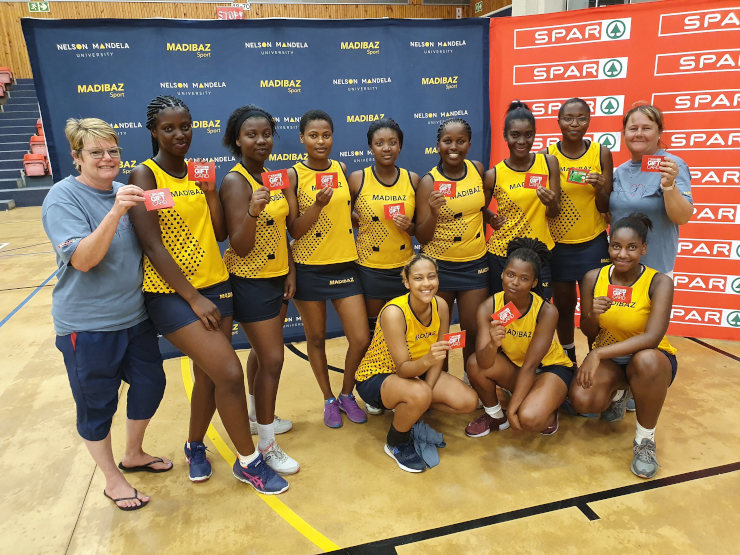 The Madibaz C1 team celebrate their victory in the C section of the SPAR Madibaz Netball Tournament played at the Nelson Mandela University south campus in Port Elizabeth at the weekend. Photo: Francois du Plessis

“Our women’s teams finished in the top two in four of the five divisions. It is still early days, but we were very happy with the results and have a strong base to build on.”

She added that the tradition of the event over many years had transformed it into the most popular tournament in the Eastern Cape.

“The great thing this year is that teams entered from outside the province’s boundaries.

“Underpinning the success of this event is the support from our loyal sponsors, SPAR.

“Through their efforts in mobilising suppliers to also back the tournament, it has been possible to create extra avenues through entertainment and prizes for the participating teams.”