Madibaz cricketer Tristan Stubbs has had a swift rise through the ranks this year, culminating in him representing South Africa in the Twenty20 World Cup which ended in Australia at the weekend.

Yet, as the 21-year-old B.Com student reflects on his journey, one of the accolades he will treasure most is being named Nelson Mandela University’s sportsman of the year.

Stubbs began his studies at the Gqeberha institution in 2019 and when he first walked through the sports offices his imagination was fired by the photos he saw on the walls of former sports stars.

“In my first year of varsity when I saw those photos I remember thinking to myself I would really like to get myself up on this wall,” he said. “So receiving this award is a massive privilege. 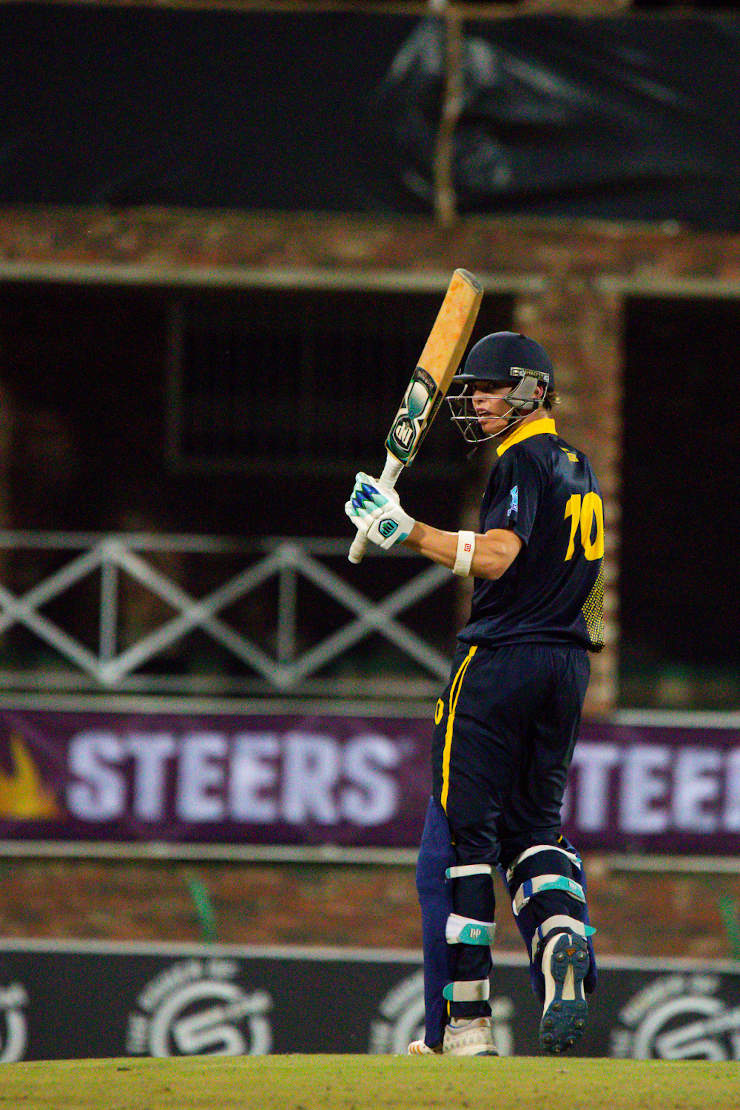 Madibaz cricketer Tristan Stubbs capped a memorable 2022 when he was named Nelson Mandela University’s sportsman of the year at a gala function last month. Photo: Supplied

“It did come as a surprise because, due to the amount of cricket I have played this year, I haven’t been at the varsity much. But when I was informed of the award, I was very pleasantly surprised.”

It caps a year for the hard-hitting batsman in which he rose from the ranks of the Warriors provincial franchise to earn his national colours and compete in various limited overs competitions around the world.

Stubbs caught the eye of the national selectors with some powerful batting displays for the Warriors in the CSA T20 Challenge in March, resulting in his selection for the SA A team.

Following the team’s tour to Zimbabwe in April, he turned out for the Mumbai Indians in the Indian Premier League.

He also appeared in The Hundred – a competition where each innings is 100 balls – in England for the Manchester Originals. He played in the final at Lord’s.

The young Madibaz student-athlete admitted it had been a roller-coaster journey.

“This year has been a crazy ride, with obviously a lot of travelling, but I have really enjoyed it,” said Stubbs. “I’ve been fortunate enough to play in England, India and Australia all in the same year.

“Among the highlights was to represent South Africa at a World Cup, which was a massive privilege – actually just playing for SA is awesome.”

The Proteas failed to qualify for the semifinals of the T20 World Cup and it proved a serious learning curve for him.

“There’s a lot more to every game of cricket at a World Cup than you realise. You have different pressures and it’s the highest standard of our game, so I’m glad I’ve experienced that.”

Stubbs is now back with the Warriors before turning his attention to the inaugural SA20 League, which starts in January and where he will be playing for the Eastern Cape Sunrisers based in Gqeberha.