Sport is key to creating a unified environment and Vuyo Bongela plans to make it central to student life as she steps into a brand-new role at Nelson Mandela University.

“Sport, in general, is critical in building a sense of oneness and to be part of nation-building,” said the institution’s incoming director of sport.

“The university is a microcosm of society and we need to consider how we can offer the same value as national teams, albeit on a scale commensurate with the university.”

Bongela is acutely aware that it will take teamwork to successfully roll out her game plan. 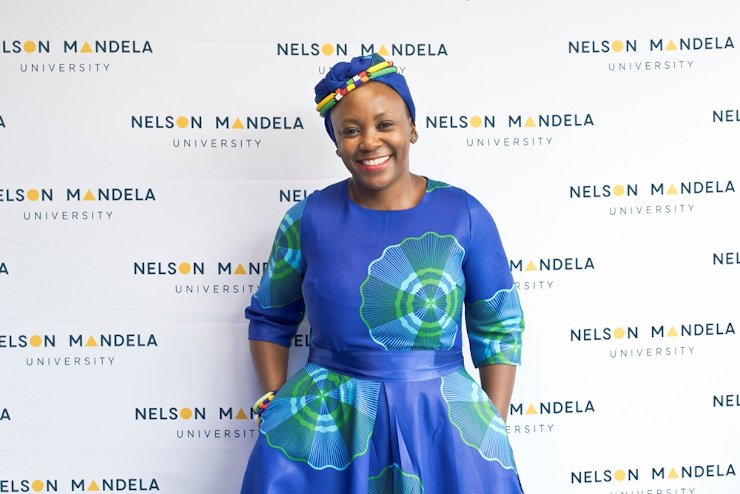 “In isiXhosa we have a saying that means ‘I am who I am because of others’,” she said shortly after taking office on Monday.

Her “team” at Madibaz Sport consist of management staff and student-athletes.

“It would be disingenuous for me to think I could tackle any challenges alone. Together, we will find solutions and implement them collectively.”

She believes in what she termed “a humanising approach” while helping people discover the best versions of themselves.

“Foregrounding people before hierarchies is vital for any team I’m part of. We are human first and titles second.”

Bongela said she admired the Madibaz Sport team for their competence and knowledge.

“I am excited about how we will create a response to the mandate of the university while bringing Madibaz Sport to the centre of student life.”

The 43-year-old from Butterworth previously held the position of deputy director of marketing, during which time she played a prominent role in the rebranding of the institution.

With this background, Bongela believes that she can direct Madibaz Sport on a path that falls in line with the university’s strategic objectives.

“We are part of co-creating what Nelson Mandela University should feel and look like,” she told her new colleagues. “I honestly believe this is one of the best universities to work for in South Africa.”

Her association with NMU started in 2009 as the senior manager of branding when she took on the responsibility of positioning the university within the marketplace.

When it comes to sport, she loves being a participant and spectator. As the former, she has completed several half-Ironman races in East London and Durban before graduating to the full-distance event in Gqeberha in 2018.

She is also a two-time Comrades Marathon finisher, which is a testimony to her physical ability and mental strength.

“I’m looking forward to being part of your team and taking Madibaz Sport to greater heights while having fun,” was her simple message to student-athletes.

“I would also like to acknowledge my predecessor for the foundation laid to which I will be contributing as I take on this journey.”