Madibaz national representatives Jeanie Steyn and Tristan Stubbs were recognised for their achievements by being named Nelson Mandela University’s sports stars of the year in Gqeberha last night.

Steyn, a master’s student in fine arts, was selected for the South African netball team for next month’s World Cup Fast5 tournament in New Zealand. She is also in the national squad for the World Cup, which SA will host next year.

Stubbs, a B.Com student, has developed into one of the country’s most exciting young cricketers and is currently with the national team at the Twenty20 World Cup in Australia. 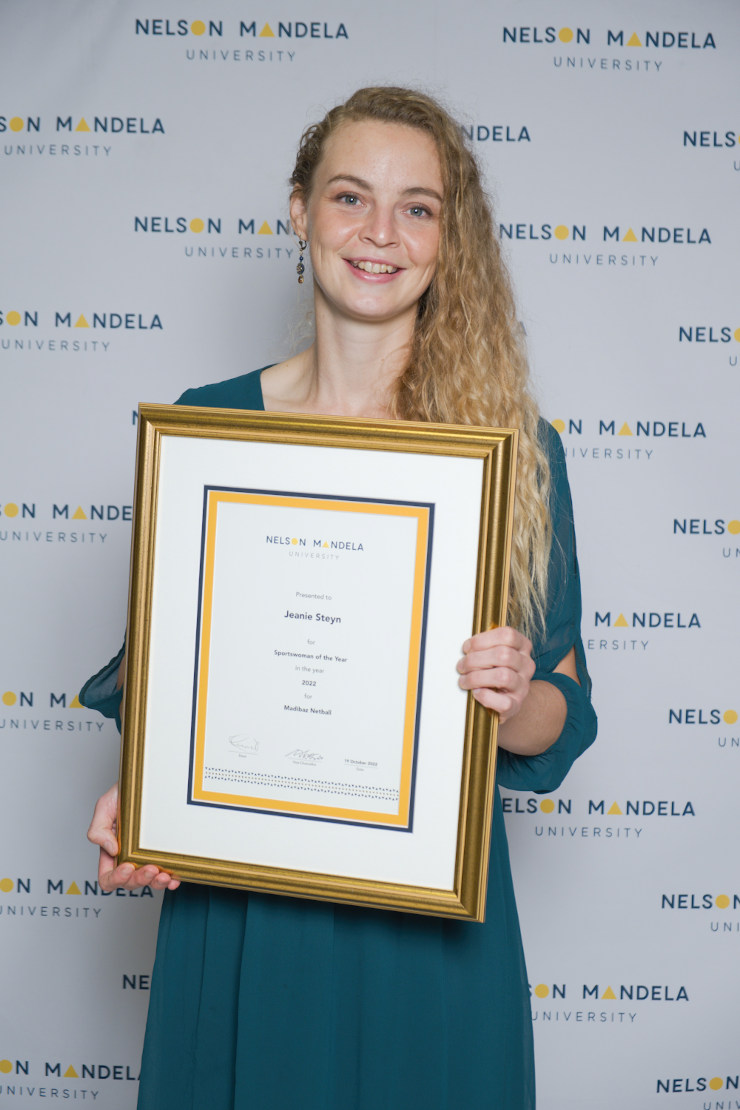 The hard-hitting batsman sprang to prominence in the CSA T20 Challenge in Gqeberha this year before making his debut for the Proteas against India in Delhi in June.

The SPAR Madibaz Netball Club, which won the Nelson Mandela Bay league and finished runner-up at the University Sport SA tournament after making the finals for the first time, received the awards for club of the year and community outreach.

Steyn, who also received the sports personality prize, led the Eastern Cape Aloes to victory in the B division of the Telkom National League and then the promotion-relegation match to earn promotion to the premier division for 2023.

She received four player of the match awards and was named player of the tournament. She was also included in the USSA Dream Team.

Stubbs hit his way into recognition for higher honours with sensational performances in the domestic T20 competition.

He notched up three half-centuries for the Warriors, including successive innings of 80 off 31 balls against the Dolphins and 65 off 35 deliveries against the Knights.

This led to him being selected for the SA A side which visited Zimbabwe in April before being promoted to the national T20 squad.

Stubbs also earned a contract with the Mumbai Indians in the Indian Premier League and made his debut in the Hundred competition in England for the Manchester Originals.

Eight members of the SPAR Madibaz Netball Club were selected to various SA squads (SA U19, SA U21, Development, Presidential and SA Fast5) and the NMB senior A team was made up entirely of Madibaz players.

Four members were selected for the NMB senior B team that won the B division at the national championships while Noluthando Maliehe was in the USSA team that won gold at the CUCSA Games in Malawi.