As Madibaz netballer Jeanie Steyn reached the pinnacle of her journey at Nelson Mandela University by being named Sportswoman of the Year, her first instinct was to pay tribute to her support team.

The goalkeeper received the award at a gala function last week when the SPAR Madibaz Netball Club was also voted the tertiary institution’s Club of the Year.

It capped a memorable season for Steyn, who leaves on Saturday with the South African team to compete in the Fast5 Netball World Series in New Zealand on November 5 and 6.

The fine arts Master’s student, who linked up with Madibaz in 2016, said the university’s commendation came as a surprise. 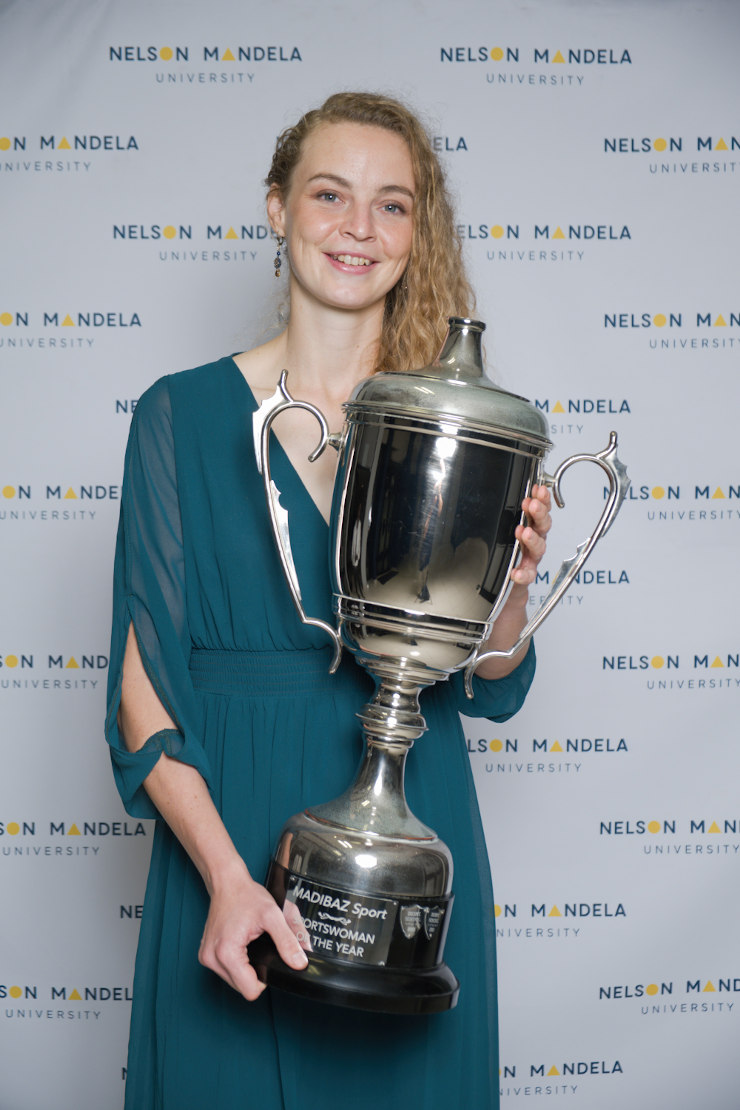 “I am extremely grateful to be recognised in this way and I feel it is a reward for the accumulation of hard work that my support team has put in,” she said.

“I have been fortunate to have walked this netball career with a number of amazing people who were available to go the extra mile in a heartbeat.

“At this stage we are still working hard towards a goal and I haven’t had time to reflect on the season, so when my name was called I was extremely surprised.”

A number of highlights, culminating in her selection for the national Fast5 team, littered Steyn’s year.

Two of her best memories are earning promotion to the A division of the Telkom National League with the Eastern Cape Aloes and taking silver with the Madibaz at the USSA tournament in Gauteng.

“As I am approaching my final weeks of completing my master’s, the preparation for the Fast5 competition has kept everything in balance.

“I have been working with [Madibaz coach] Lana Krige in small group sessions and we have also discussed tactics as she is an experienced Fast5 coach.”

She has been working out at the Madibaz High Performance Complex, situated on the university’s South Campus, to ensure that she is ready to take the court against international competition.

Steyn, who was also honoured with the Student Sport Personality of the Year award, said her time at Mandela University “has been quite a journey”.

“There have been ups and downs, challenges and highlights and various life lessons, but what stands out through all the years are the people,” she said.

“They have made this journey quite extraordinary – my friends on and off the court, my support structure in the visual arts department and my support team at the sport department.”

Steyn said accolades might come and go but the way people made you feel was irreplaceable.

“That is what I will take with me as I complete my final year.”