The University of Johannesburg want to show what they can do at the University Sport South Africa tournament next month after some modest performances in recent years.

Coach Dumisa Makalima admitted they needed to up their game at the annual week, which will be hosted by Wits in Johannesburg from December 2 to 6.

“In the last few years we have performed much better in the [Twenty20) Varsity Cricket format,” he said, alluding to the runner-up position they earned this year.

“But we have been working on a number of aspects and that has come through in the last six months. We are ready to show up and be competitive.” 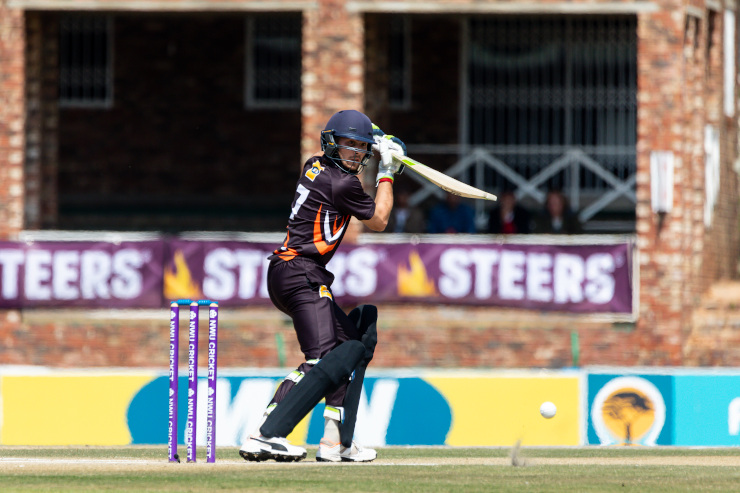 University of Johannesburg batsman Joshua Richards hits out during the Varsity Cricket tournament in September. UJ will be aiming to maintain their good form from that event when the University Sport SA week is held at Wits in Johannesburg from December 2 to 6. Photo: Barco Greeff

In the Varsity Cricket tournament in September UJ were shaded in the final by UP-Tuks – and Makalima said they were eager to achieve similar success next month.

“It is very close to the same combination as we had for Varsity Cricket, although we realise there are differences between the 20-overs format and the longer version at USSA.

“We have been involved in a fair amount of league cricket over the longer format so that has got us up to speed with what will be required at Wits.

“We have a balanced outfit, ready to perform, and they are starting to gel well as a team.”

He rated UP-Tuks as a team to watch, while NWU-Pukke and Stellenbosch would also be dangerous.

“I also think, though, that the conditions on the Highveld will play a major role, especially for the teams from the coastal regions.

“The biggest challenge will be to adapt to the harder pitches, where the ball comes onto the bat much quicker.”