The University of Johannesburg will be aiming to build on their unbeaten run from the first round of Varsity Hockey matches when the tournament continues in Stellenbosch from Friday to Monday. 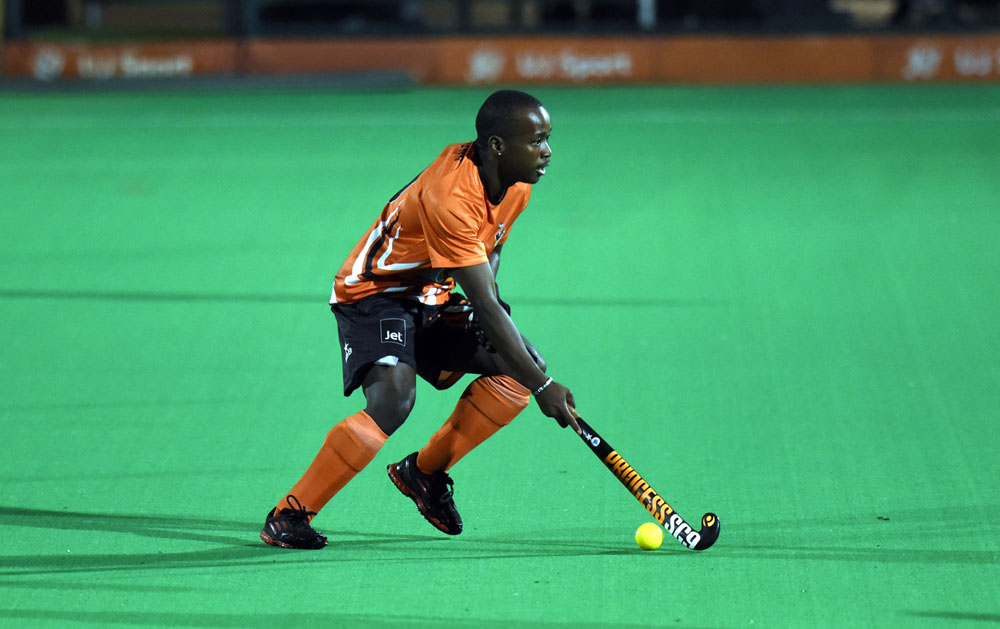 UJ’s Amkelwa Letuka got the equalising goal in their 2-2 draw with Kovsies in the Varsity Hockey tournament at UJ on Monday. UJ won in the penalty shootout. Photo: Saspa

After the league phase has finished on Sunday, the top four teams will contest the semi-finals on Monday, with the remaining squads competing in the classification games. The final is scheduled for May 23.

Garreth Ewing, the UJ coach, was satisfied with his team’s efforts so far.

“It’s nice to be unbeaten and we are in a good position. If you’d told me before the start we would have 12 points at this stage, I would have been extremely happy.”

UJ had a scare in the final game on Monday when the Kovsies held them to 2-2 scoreline at the end of regulation time before the Johannesburg boys took the penalty shootout.

UJ are level at the top of the log with Tuks, but the Pretoria team have a superior goal difference. Next in the rankings are Maties and Wits, both on nine points.

“There are some exciting matches coming up this weekend,” said Ewing. “Tuks versus Maties should be interesting, as will be our game against Tuks.”

Ewing said he felt the team had slipped against UCT on Sunday, despite winning 2-1, and did not play against Kovsies to their maximum potential.

“I think we let ourselves down a bit. We created numerous circle entries and we wouldn’t have put ourselves under pressure if we had taken our chances better.

Ewing said that finishing on top of the log at the end of the league phase is now the team’s goal.